The Shaman and the Ultrasound Portal into the Body

From BC to AD: The Shaman and modern technology come together to create the new.

In developing countries like China and India having fast-tracked themselves into technology and where there is a long tradition of spiritual practices – the old system of the TRUTH showing itself through direct experiences and new technology can come together to create a new way of looking at things.

The “medics” has the added facility of actually seeing the tumour in realtime via ultrasound imaging and confirming the effects of the chants by increasing the frequency of the sound when some indication of the cells disappearing is noticed. This is exactly how the RIFE machine worked. The inventor did not give away his invention of how it worked in case of people trying to replicate it, but many years later some had looked into this invention, worked out that he had used a “top-up” system to get the product to work.  While others had tried to replicate it, it did not work as they could not see that it had this “top-up” element in it.

Look at the video above: earlier explanation is good to follow but the RIFE like treatment happens at about 5.0 to 7.07.  The chanting to me is actually topping the ultrasound frequency to create the resonant frequency for the tumour to disintegrate.

The original Rife machine below: 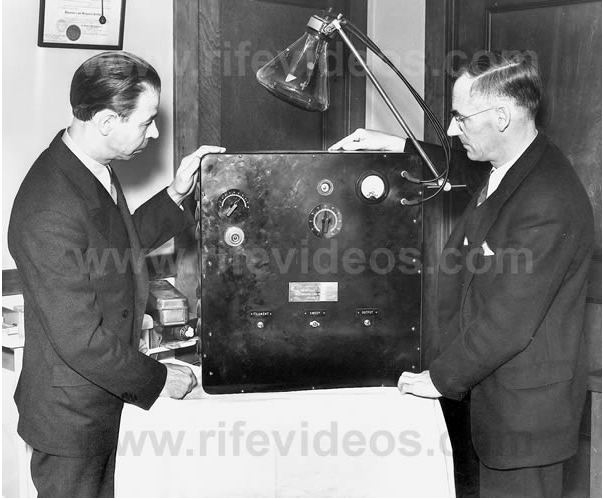