The first thought which comes to mind when I hear “Art” is “MIND in Art”. 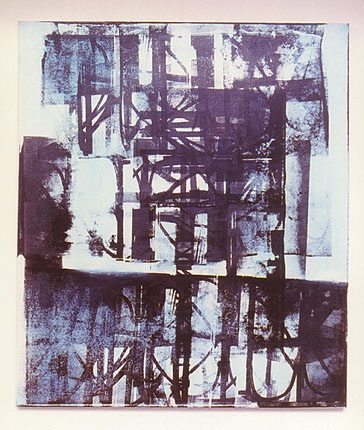 The image above is a screen print. It was made from a single image on the printing screen of a chair and it was overlapped multiple times until the image disappears. I tried to capture a fact in mind or a factual observation when turned over by the verbal thinking mind it creates something else other than the initial observation or a fact, which eventually disappears.

But this was the beginning of a whole series of paintings that came from projecting shadows on canvas and trying to manifest them using photo emulsion. It was the process that went into preparing the screen for screen printing which got my attention.

Can I first mention an anomaly of the mind which is repeatable which I also found fascinating and from it can the diagram for the road map of how the mind works by observing the mind as it has a dialogue with the process of making art? I found that if I were to learn a new technique in art, let’s say creating realistic paintings or learning how to paint a portrait, for instance, I might struggle when I am attempting the process for the very first time, but if I let my mind sit on it for a few months say and then come back to it, I find that not only I could easily do what I could not before but I also automatically knew how to do any realistic technique in painting after the incubation period. This observation is also repeatable. I think it also applies to anything one does and not just in the process of painting. But the process of making art is a great medium for looking at the limitation of the mind and finding its positive anomalies which we can take advantage of to discover the powers latent in us.

So by having a dialogue between my mind and the process of making art I came up with the Road Map of the Mind. I of course also had some help from what had come before me from the mystics and the ancients who have looked into the mind by using meditative techniques and other processes which showed us what thinking was all about. But the Road Map of the Mind is mine and I put this together myself and cannot imagine why the baseline for the working of the mind was not made clearer in the past as it all can sit on a single sheet of paper.

Road Map of the Mind: 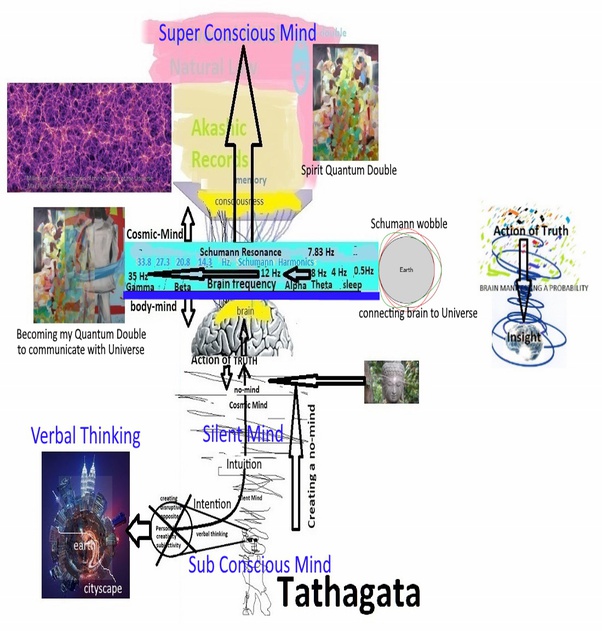 The mind and body would go through a transformation of the body-mind, via the silent mind and then eventually to be part of the Cosmos. It seems we are just a sliver of the Universal Mind and if we can get past the noisy and chaotic personality-based mind via the silent mind and finally have access to the repository of the Universal Mind then we have at our disposal everything that is to know in the Cosmos and down here on planet Earth. I think that this is why when after an incubation period of “doing” the mind returns to the same process now fully competent is because of this link to the Cosmos via intuition and an intention in mind for wanting to know something by doing and hence via silence in mind and intuitive thinking the gaps are filled and one becomes all-knowing in the process.

So I tried to see if I could manifest the unseen in me by capturing the presence of shadows on a canvas keeping in mind the process of screen printing. 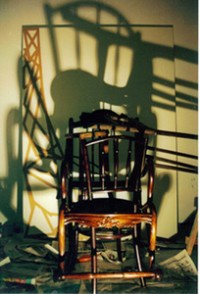 All these paintings came about in the process: 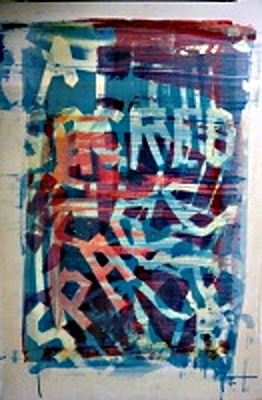 From realism to abstraction: 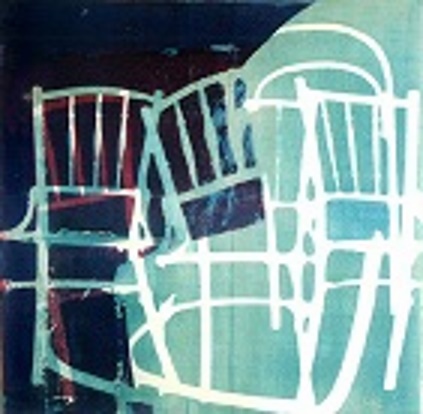 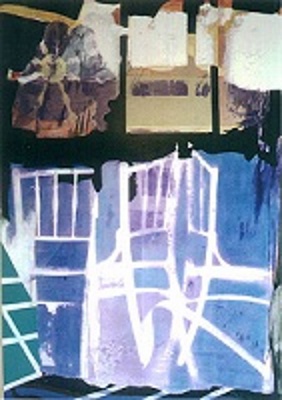 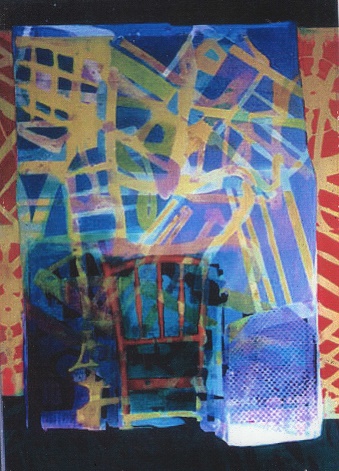 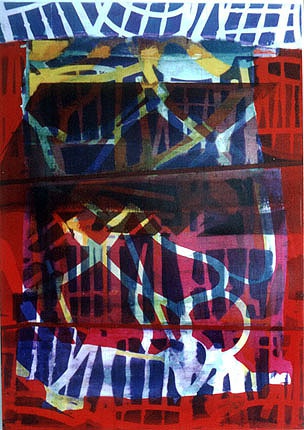 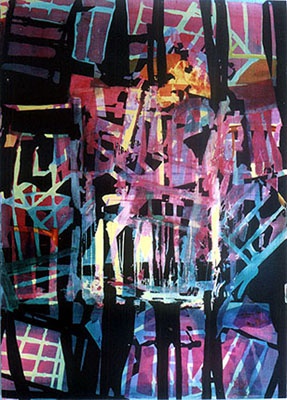 This created the shadows 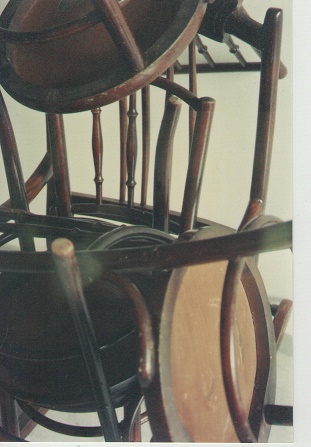 These were studies before and after to see where else the idea could go. I created them by rolling back on the film role and overlapping images over the previous image. 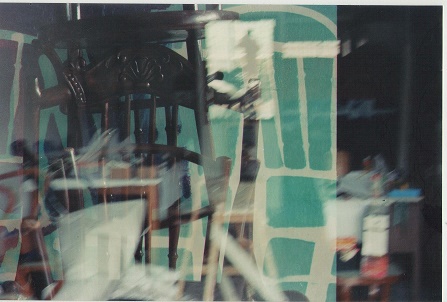 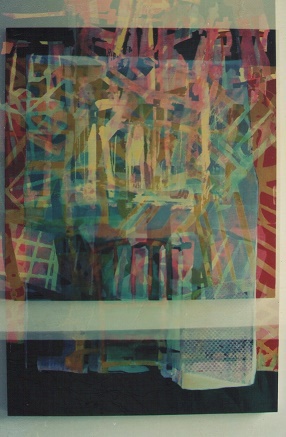 I created these by generating layers and overlapping the images, some tangible and others barely visible while still others unseen in nature just like my paintings above, on http://paint.net for a pictorial description of the road map of the mind which goes as follows:

From mind-body and spirit self: 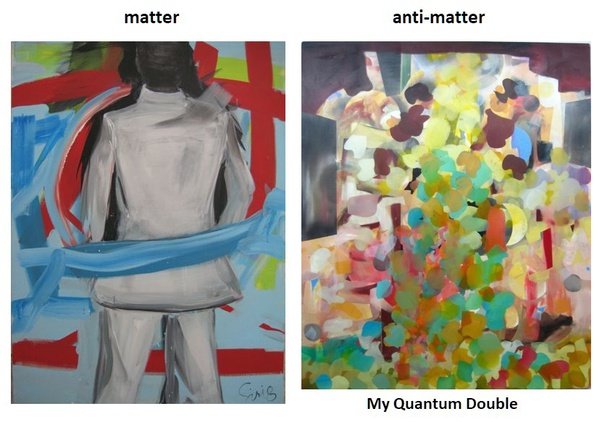 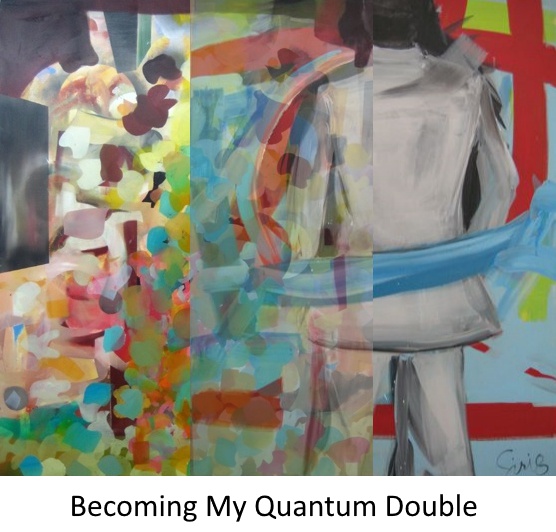 My Infinite Self and being part of the Cosmos: 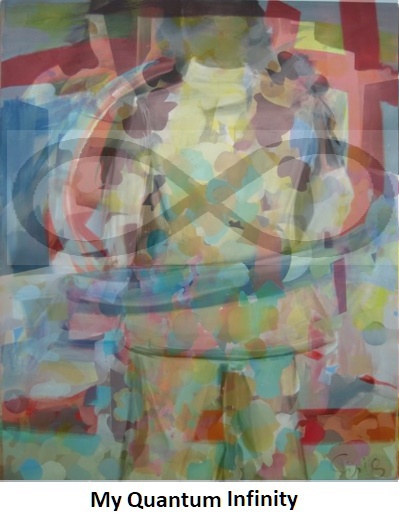 By having a dialogue with the process of making art my mind took me through the Road Map of the Mind.

It also showed me that at times in my studio my mind would disappear with no memory of where it has been when I “return”. It showed me I had different mind spaces. I had a frontline noisy chaotic personality-based verbal thinking mind and I also had a silent mind which I can access only when my verbal thinking mind was silenced. I learnt that in verbal thinking I have also to silently speak what I am thinking for me to think at all. It is as if my brain needs to hear what I want to think for it to process my thoughts. If it does not hear what I want to think first then there is no thinking. From this anomaly, I learnt how to silent my mind anytime I wanted. I called this “speak thinking”. But it is also known as verbal thinking. When verbal thinking stops then the silent mind ensues and now the Universal Mind is within reach via intuition and a kind of stream thinking and a “sense of knowing” and with an intention in mind, the Universal Mind is at my disposal.

So there is a kind of duality in me with my personality-based verbal thinking mind and the Universal Mind speaking to me.

2 mind speaking to you by using the Road Map of the Mind.