A premonition is:
“a strong feeling that something is about to happen, esp. something unpleasant.”
“he had a premonition of imminent disaster”
The tangible feelings are an intuition, a (funny) feeling, a hunch, a suspicion, a feeling in one’s bones, etc.

So is a premonition a tangible experience of the mindbodysoul.
Something that the sensors had monitored and created signals for but just that you don’t know about it. And why would you not know about it: probably because it had come under the radar or beyond the limitations of your sensors of hearing, sight, smell,taste etc.

Lets take sound: if you hear a sound or a sentance of words, the ear drum vibrates to the pressure wave, it then goes through the middle ear and the inner ear cochlear and a signal is created in the auditory nerve and it goes to the brain and you hear the sound, and a feeling is created and the thinking processes comes in and manipulates the experience. The longer the mind manipulates the total experience the further away it gets from the purity of the experience.

Remember that sound is a pressure wave. The greater the amplitude of the signal the louder is the sound. But what if the pressure wave comes in with a low amplitude, but creates no sound but the signal is registered and processed by the ear and an auditory signal is created and when it gets to your brain it creates no sound but it does create an impression an “intuition, (funny) feeling, hunch, suspicion, feeling in one’s bones.”

Take natural disasters for example, when one gets a “funny feeling” of having experienced an event but not heard a sound or anything else for that matter but just the feeling, I think the mindbodysoul had tangibly registered the event through the pressure waves in the air. The modulated structure of the pressure wave would have the feeling of the event. Take an earthquake tsunami for example: to have a premonition of it happening it is because you had experienced the the tundering shape of the waves to have that feeling. But how could one have a premonition of a natural disaster that is perhaps months away from the time that it actually happened. It must have happened for you to have felt it, but you know it had not happened yet but you just felt it. You know you have.

I suggest this: now that we know the limitations of the process of hearing, where we hear only from 20 Hz to 20 Khz or when a pressure wave comes in at a low volume and does not register a sound but still registers the structure of the wave in the brain and creates a feeling, a hunch is because the waves were already in the air propagating across the world like a tsunami wave. Before the main earthquake happens the fault lines under tension will slip and “kick” the air above it and generate an air tsunami, a pressure wave in air behaving like a water tsunami. This pressure wave will travel across the world and the sensitive types will pick it up but will not hear the sound of the waves but will create an impression of it in the mindbodysoul. This will be especially so when the epicenter for the earthquake is shallow, like the great tsunami earthquake of 2004 which devastated many countries, where the epicenter was only 33 kilometers below sea level and where there is a greater chance of a air pressure wave being created.

I suggest that dreams can also be created in ones mind like this when one is asleep. Recurring dreams are also an anomaly that needs looking into.

If all the above is true then one can insert a feeling in you with a low/no volume modulated pressure wave. It will slip in like it was your own feeling or thinking.  It is partly yours as you would have processed it yourself, but it is a rogue stimulus.

Just making sure that my work is my own. 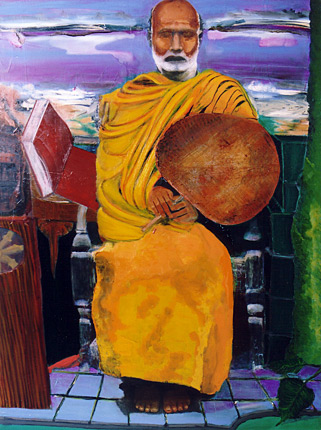 (‘Sixth Sense’ Can Be Explained by Science (Copyright 2014 LiveScience)