After years of expanding the mind through knowledge and using logic initially, eventually, the mind realises what it is and after having better control over the mind, it learns to use its full capabilities.

After coming to the best possible way to use the mind naturally I had realised what I was really doing. One can figure a problem initially through logic but then the brain has the capability to give the problem a second opinion by using one’s intuition.

Road map of the thinking mind: 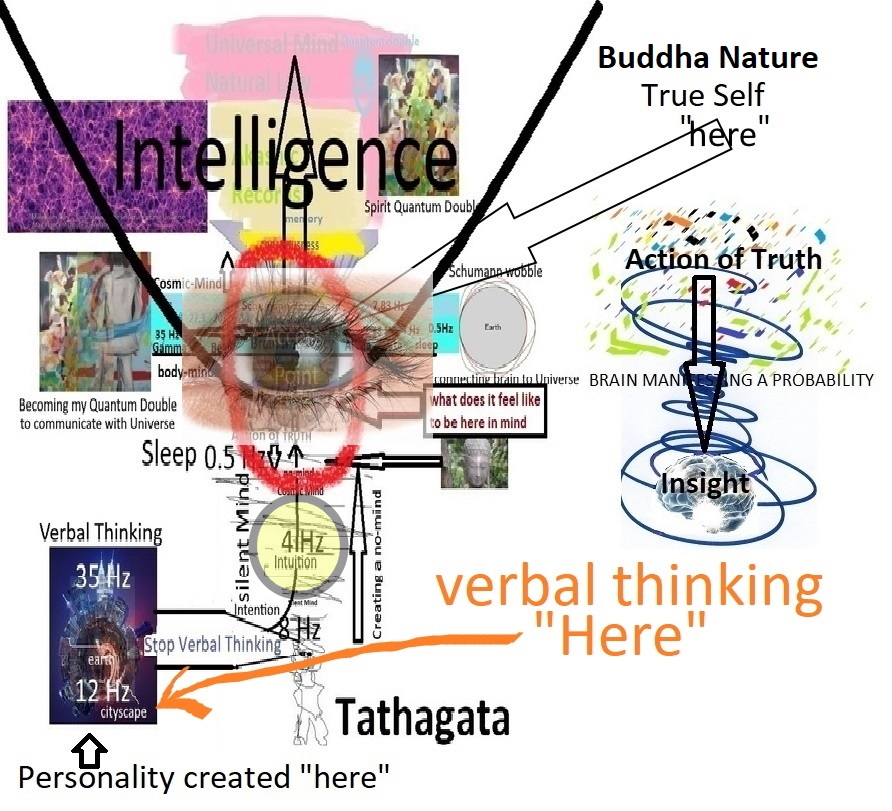 You use verbal thinking, which is the spinner of ideas, to create a logical approach to the problem and then enter the silent mind and ponder on the problem for a 2nd opinion by using intuition. Of course in me, the logical approach to the spiritual process has been going on for years and all that information is now being sorted by my intuitive silent mind. I think that is why they say, the older you get the wiser you get.

I notice these days in recent times that the youth have used their voice of protest to make changes in society but they don’t have the “Buddhi” to make decisions for all of us, perhaps logical ones but they are all tainted by their subjective assumptions. Still in the process of collecting information and learning and knowledge. Unless in a prodigy you might find some adult minds in place but changes called from the young sure of their decisions, sure of their logic in mind, come by destructive means.

So what happens when you ask the intuitive silent mind for a 2nd opinion, what essentially you are doing is keeping aside all the conditioning in the mind and its idiosyncrasies, the emotions and the subjective assumptions that went into the logical decisions and you are making a decision based just on the facts. The silent mind is mainly only an observational mind. The past can creep up behind you and create an emotion and bring on verbal thinking again, but you know that is happening when the conditioned mind starts to kick in again, but keeping the mind silent and centred while looking for a 2nd opinion with just the intuitive mind, it will integrate the problem in the mind and give you an unbiased solution without the conditioned self involved.

Then you get this “sense of knowing” in the mind as to the right solution. One can come to spiritual realisations this way and the big picture is created from facts and silent intuitive ponderings without the frontline debris of the thinking mind.

Remember also that the intuitive mind operates in the lower frequencies of the brain. Hence it is more restful and in subtle meditative states of the mind. You can imagine being in this quiet state of mind and integration of information calmly and naturally coming taking shape with realisation in the mind. 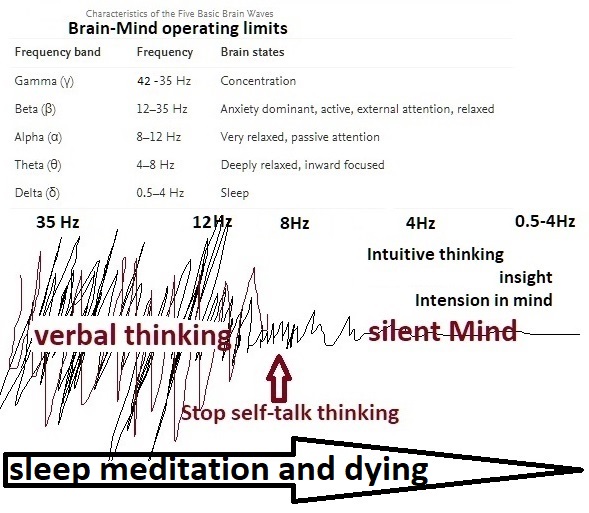