We are so wired to consciousness which is one aspect of us. That is not going to change. No consciousness energy field that couples us to the universe then no “sense of existence” or no mind.

Do I have to remind you of this illustration? Saves me writing another 1000 words: 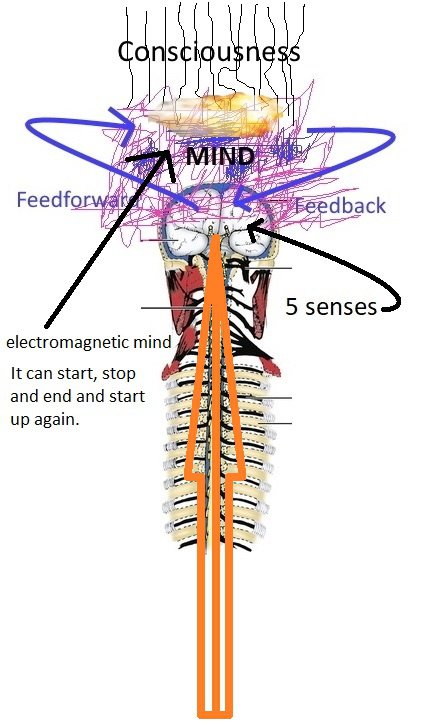 The above is you being alive with a “sense of existence” in you.

But you have a thinking mind? You have some free will options in verbal thinking to create something of your own for yourself to make choices you want to make for yourself. Verbal thinking is a spinner of thought and part of the creative process. You can take an observation and spin it into anything you want in your mind. This is the only, “I am free” option you have in mind. Don’t pretend you have complete free will because you don’t. The body-mind is such you are totally wired to the universe and the processes of the mind and body and the integration of information in the unconscious mind all work independently of your self. But verbal thinking gives some power to create things for yourself and by just that little freedom that is given to you you can choose to be positive or negative from what you create from the information you have and how you use them. If what you choose to do is mostly negative the entropy of your synthetic consciousness that you create for society and the infrastructure of your living space will increase and only can go so far away from the natural laws of the universe before it tangents back to you with a correction. That is life, as they say.

How can we ever know if existence is independent of human consciousness?

Your “sense of existence” in you comes from your mind and perception.

You know you are alive as you are walking talking disco dancing. Yes, I am alive, euphoria in mind generated from a heightened physiological metabolic state of mind. It is difficult to tell where that “sense of existence” feeling in you comes from – it comes from your mind and the mind is an electromagnetic phenomenon; you can see why it is difficult to tell where it is coming from because it is coming from here: 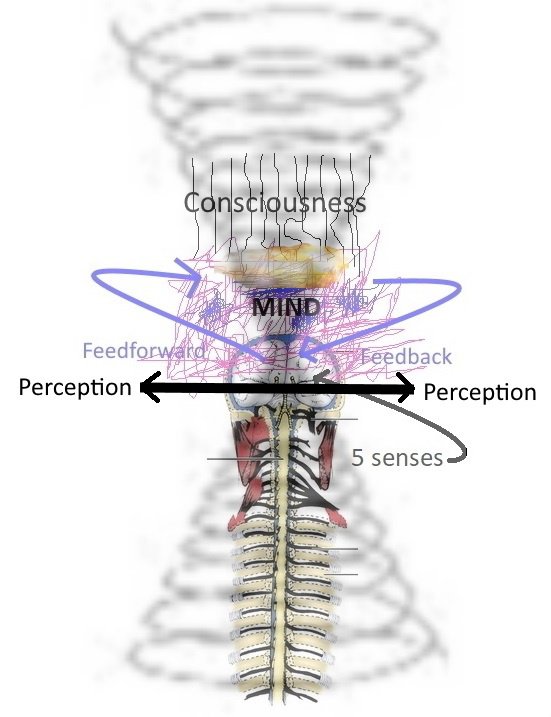 From an electromagnetic energy field that is the mind that has its own processing and integration energy profile that is coupled to the brain. Do you know where your feelings are felt, that sense of self, can you locate it. All things of the electromagnetic mind can only have a sense and cannot be located in the body and mind. They are all things in themselves in the mind and body that we have given a word which we cannot locate.

The Hard Problem of Consciousness

The hard problem of consciousness is the problem of explaining why any physical state is conscious rather than nonconscious. It is the problem of explaining why there is “something it is like” for a subject in conscious experience, why conscious mental states “light up” and directly appear to the subject. The usual methods of science involve explanation of functional, dynamical, and structural properties—explanation of what a thing does, how it changes over time, and how it is put together. But even after we have explained the functional, dynamical, and structural properties of the conscious mind, we can still meaningfully ask the question, Why is it conscious? This suggests that an explanation of consciousness will have to go beyond the usual methods of science. Consciousness therefore presents a hard problem for science, or perhaps it marks the limits of what science can explain. Explaining why consciousness occurs at all can be contrasted with so-called “easy problems” of consciousness: the problems of explaining the function, dynamics, and structure of consciousness. These features can be explained using the usual methods of science. But that leaves the question of why there is something it is like for the subject when these functions, dynamics, and structures are present. This is the hard problem.

We like to think we are special OFF the universe but we are not. The specials are the ones who sees and realises our place in the Universe and hence live accordingly.

Evolution in us still progresses in the mind: 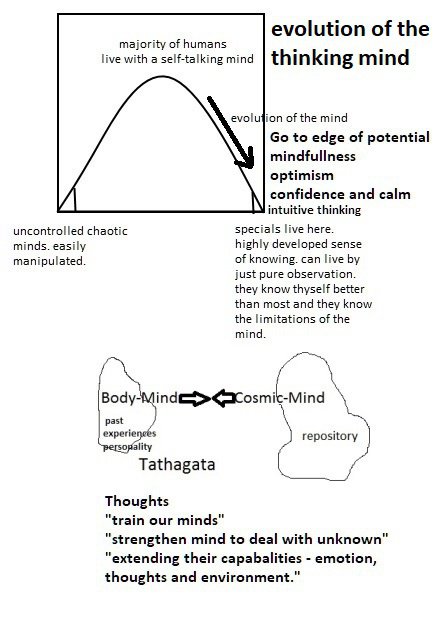 If you try and force yourself to decouple your mind (electromagnetic mind, a phenomenon in you) from consciousness which you can do via meditation, which was part of the Buddhas enlightenment process, by stopping all thinking in your mind and being just in the presence of consciousness, and then just another step further in mind, when the electromagnetic phenomenon of the mind ceases to be, you will find that the mind disappears altogether and returns with no memory of where it had been. Without consciousness, you are “nothing”. In fact, without the Consciousness-Mind coupling, you are “nothing”.

This site uses Akismet to reduce spam. Learn how your comment data is processed.