I thought I look up the definition and wohooo, I had to step back as I got a whole book on what is a fact:

“In science, a fact is a repeatable careful observation or measurement (by experimentation or other means), also called empirical evidence. … In the most basic sense, a scientific fact is an objective and verifiable observation, in contrast with a hypothesis or theory, which is intended to explain or interpret facts.” Fact – Wikipedia

Let us try and stay practical and let’s see what the mind would consider a fact. If we can recognise facts then we can navigate ourselves through life a lot easier and reason things out correctly by just following the facts.

This is the road map of our mind. This is a fact. Why, because we know this is how we think. 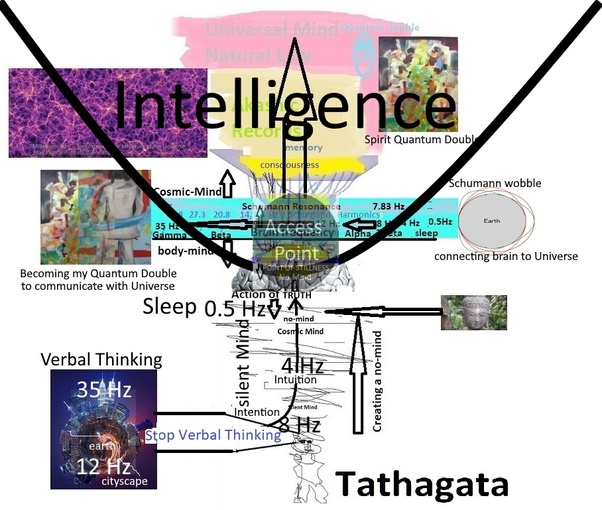 The big picture of the illustration above of the thinking mind.

Notice that there are 2 mains parts to thinking: 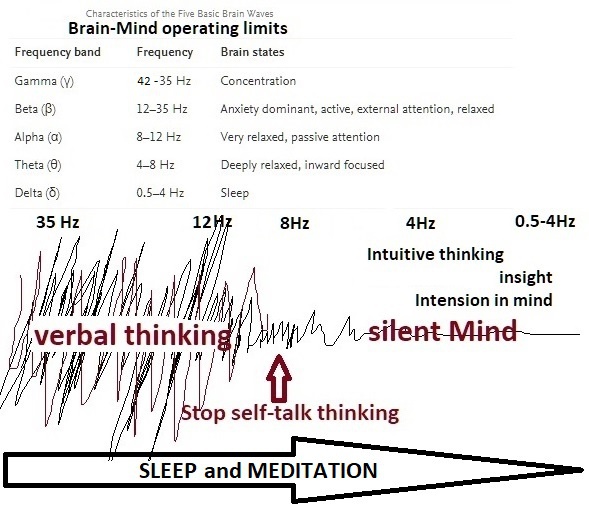 -There is the verbal thinking part and there is the silent mind part – fact check – true.

-Notice also that the 3 processes of thinking and meditation and sleep all follow the same path in the mind – fact.

-Notice the frequencies which the mind uses for these 3 processes, from concentration and sleep all the same – possible fact.

-If you stop the verbal thinking mind then the silent mind ensues – fact.

When you sleep you go from an excited state of mind to a point where there is literally no-mind or thoughts anymore and one disappears into an abyss and the thinking mind stops – fact.

-The same process happens in the mind when is in deep cross-legged meditation when the mind disappears with no memory of where it has been until it returns in mind and does not know where one had been. Hence the thinking mind has an end to it- fact.

-What is verbal thinking? It is when one has to silently self-talk what one intends to think so one can think at all. If you don’t simultaneously self-talk what you are thinking then you cannot think and the mind goes silent – fact. This is a surprising fact! It is a great way to bring on the silent mind.

-The verbal thinking mind is a chaotic mind – fact.

It is possible we are all not the same in mind as the permutation for this pattern is many.- possible fact. 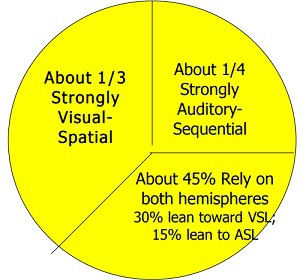 Remember these are all gem-facts of the mind. 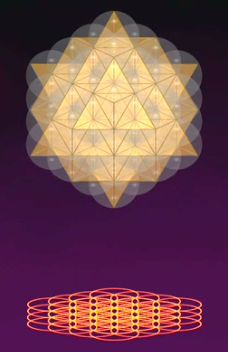 When you put the illustration of the mind over this “fact” above it will look like this below. So we are just a sliver of the Universe and part of the infrastructure of the Universe – fact. A very strong possible fact. 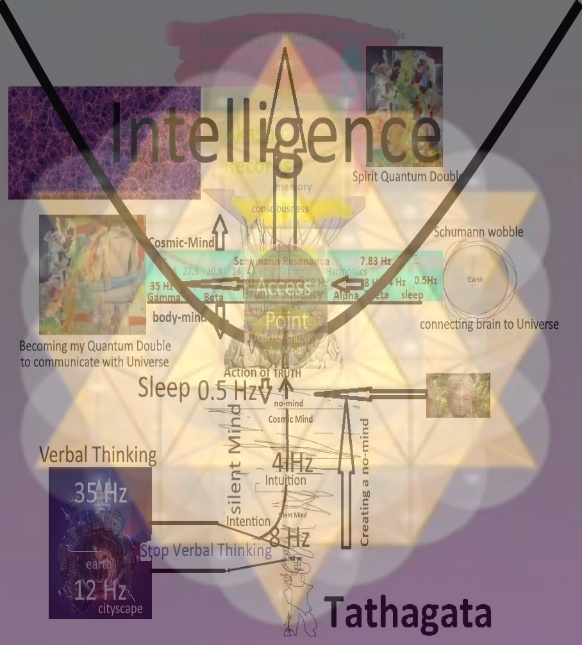 Then they say every particle everything in the Universe from a quantum particle to a grain of dust, to a rock and to the mind-body of a living entity, to the planet and the stars in the cosmos all have a torus spinning over it and this is how it communicates to the rest of the Universe. It maintains the balance of the Universe by having an interacting feedback mechanism with the WHOLE and in that way balance is maintained.

The torus around the mind-body. 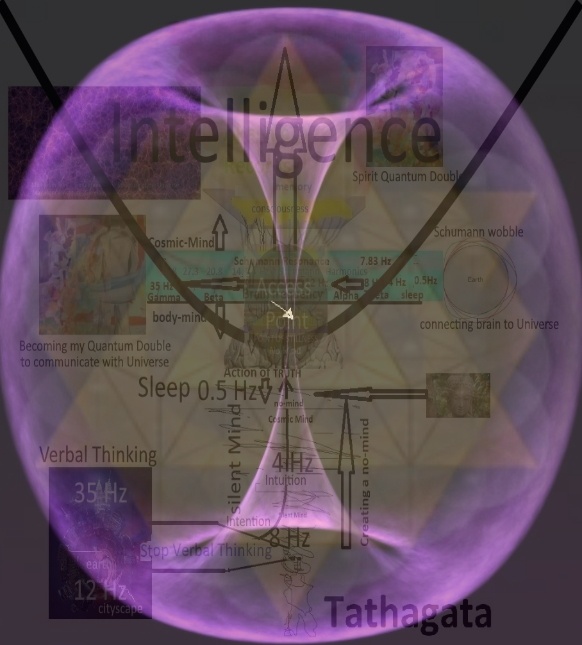 The torus over the Universe: 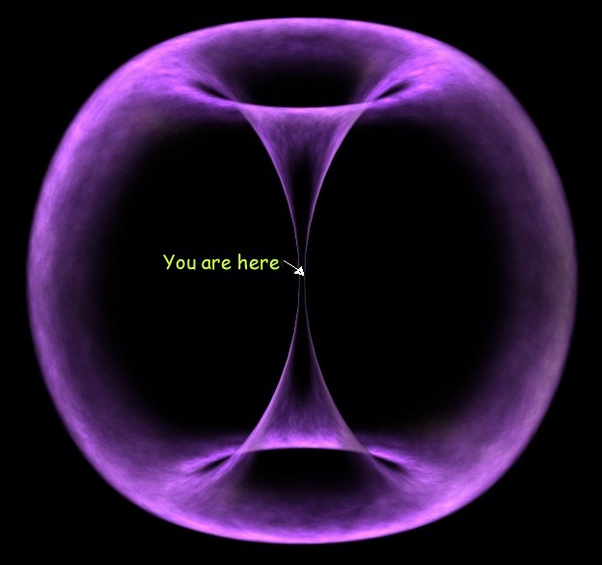 The mind – own experiential data illustrated and confirmation from backup information by the mystics of the past.

Follow the facts and stay connected to the Universe in anything one does.

Create your own wormhole into the Universe: 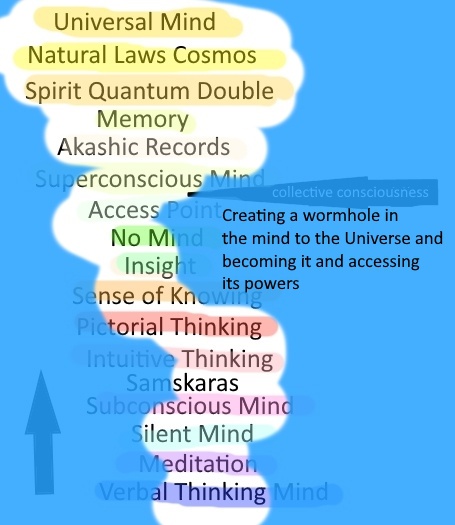