With any question like this, there are many possible ways you can come across an experience twice. Since the mind sees it and you experience it then it must be real. If not why would you say, I am seeing this twice. It must be real.

There must be many ways to create a false memory in oneself. With today’s technology, there must be many ways to input information into one’s head. The mind and body just need to be fooled via its 5 senses and if one knows its limitations and operating spectrum, then a rogue signal can come in unnoticed but just a tinnitus sound in your ears. Background noise carries a lot of information above and below the operating spectrum of hearing and which do not “hear” as the spoken word but still gets processed into thoughts as if you heard it.

To trigger a thought process which you play out in your mind and then you come to it in a real experience and you say I have been here before. Why am I thinking this that I have been here before? Because your mind has been there before and you vaguely remember the thought process triggered in you and you vaguely remember this present experience has happened to you before. These deja vu experiences you notice are always vague and never certain. If it was clear and certain in mind then it would not be deja vu. It would be a tangible experience remembered and lived twice.

Then there is the designer microwave signal with a subliminal message embedded into the carrier wave. They discovered in the 1950’s how these signals can create a “voice” in one’s head if designed properly. Lots of information on the net about these designer signals even on YouTube. Only recently they discovered how these signals might work. They create minute thermal vibrations on the surface of the brain tissue and these vibrations then probably get to the cochlea in the ear to be processed and back to the brain to create sound. But let’s not dwell on these possibilities but know them as possibilities, only to know what the limitations of the mind and thinking might be.

Spirituality natural will have to incorporate spirituality technology into its process so we understand everything and not get fooled by technology, like the Iraqis during the Iraq war thought they were hearing the voice of God and laid down their weapons, or so was reported. Any spooky you read about the mind you need to know how it has breached the defences of the mind. It is now part of modern spirituality.

How the infrastructure of your living space is used to bring in information to you coming in under the radar of hearing and creating a “sound field” in one’s living space and part of the cityscape when you are out and about. These sound fields are not much different from the natural space in the universe and natural consciousness that perhaps also stores information about ourselves. Some, say that our memory-mind is out there in the ether rather than in the tissues of our brain. These local sound fields are like an amplified natural consciousness competing with each other for our attention and to think that our collective minds and memories might be out there in the ether without any antivirus software.

Those who have no idea of the limitations of the new mind in the modern tech world is going to be taken for a long roller coaster ride and those who experientially know will have a hard time trying to make out what is natural and what is not real. But one thing is sure if you decide to investigate it will open your unseen side in you like there is no tomorrow spirituality and will sooner than later make you a Tathagata of the new world with a new mind. It will create a springboard of evolution with a giant leap into the future and create many specials to run the new world that is starting to take shape today. 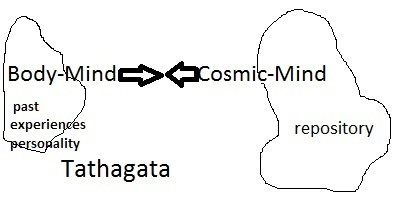 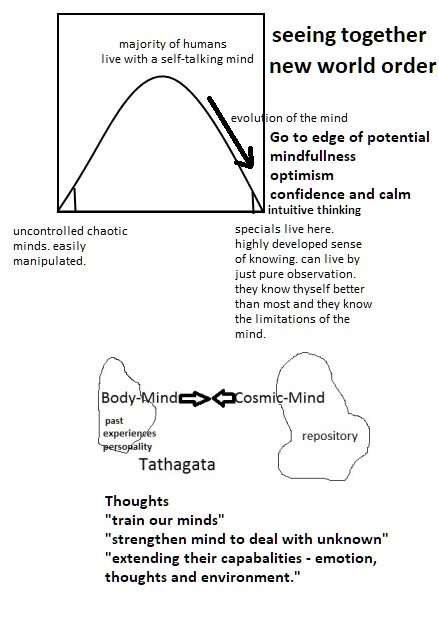 Then there is lucid dreaming to create a false memory in you. Lucid dreaming is when during sleep the mind comes up closer to the surface and the dream is experienced like one is awake but still asleep. When you awake you remember the dream clearly and it slowly fades away because you stop recalling it. But it is there in memory and when it gets played out in real you say I have been here before. Like me writing this now. Deja vu.