Or have our minds been scafadoodled?.

There is so much subtle stuff that goes on with how the mind and body work that we will never know for sure if what we perceive is true or not.

When one sits in a silent room where all background noise has been cancelled or removed and just listen to what is – you start to hear and feel stuff that is happening in your body. Sometimes you start to hear sound and music that is not present in the room. It is also been said that the 5 senses have as many connections going from the 5 senses to the brain as that coming back to the 5 senses – so what is the brain making up from our previous experiences and observations that it is sending back and is adding to what the 5 senses “sees”. For example, in a silent room experiment, the person heard a song that was sounded like it was in a distance, and was not present in the room. A signal from memory coming back from the brain to the hearing system and being played out like it was coming from hearing it through the ears. So when trying to perceive reality, what is in front of you and you are getting your past played back to you via your brain – it is not helpful.

Scientist tends to isolate themselves in laboratories and carry out experiments and then they find out that the results that they see and measure is not the same if they are present in the lab or not. Let’s face it: we live today in a highly charged magnetised environment, with the electrical wiring in the labs and all the equipment connected to it. The lab is pulsating with magnetic and electromagnetic energy and all connected to the equipment that is used in the experiments – and then in comes these scientists into the lab who are themselves a complex energised bio-entity and now coupled with the energies of the infrastructure of the lab and via them also having an influence on the outcome or results of the experiment. We are all connected to everything around us and we are a pulsating ball of energy ourselves. We are going to affect everything around us and get affected by everything around us. 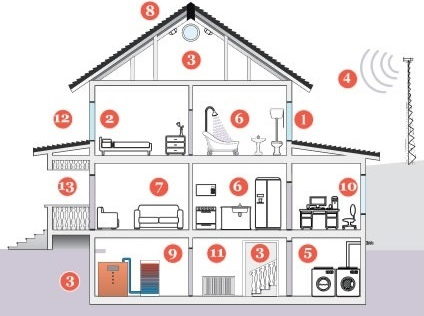 Then look at the infrastructure outside your home acting as an aerial and bring things into your home: 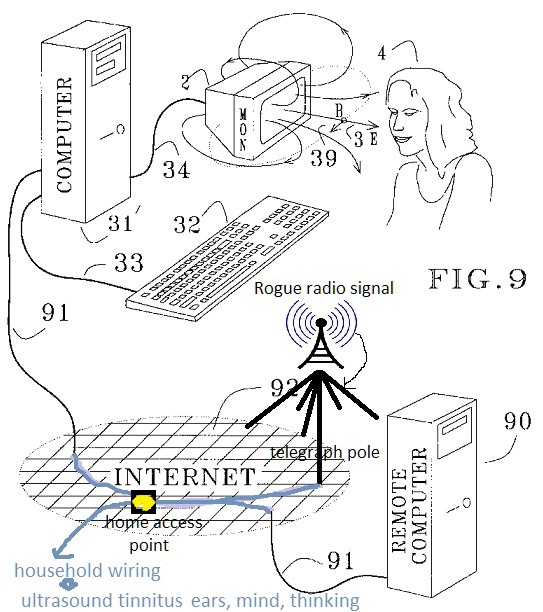 You interact with everything inside your home too. And the damdadoosal about this is that you pass something of yourself back into the system, a private matter in your mind perhaps back into the system which then can be carried out, or allow for some secrets to be played out by the existing background noise – like what you are thinking? You see this is not a big impossibility as you do silently vocalise your thoughts in verbal thinking. The vocal cords create a modulating pattern in your breath that complements your thinking or your thinking is embedded in your breathing as a tonal modulation which can then be translated or much worse it is embedded in the background noise of your living space.

If you think I am wrong then just lift up your landline phone receiver and listen to the tone: now silently verbalise your thoughts as if you are verbal-thinking or silently read a line from a book or anything on your computer screen and see if there is something of your thoughts being reflected in that tone as a tonal modulation. Remember that your phone has a microphone in it if anyone wants to listen in and your handsfree option can be switched on remotely as it is connected to a very competent phone exchange at the other end. You only need to connect an induction loop receiver at the access point of your phone and broadband line to listen to the signals coming in to switch on the handsfree microphone. When the phone microphone is switched on the home becomes an induction loop system together with the electrical cables in the home, which the hard for hearing use to amplify the magnetic field in the living space to listen to it using their t-coil in their listening device.

The home is an induction loop system.

The mind-body is being scafadoodled as our environment modernises itself:

Hillary Clinton shocked by the unseen:

Hillary Clinton: Zuckerberg should pay price for damage to democracy

There is a space where the mind can sit where it is not affected by any of this and that is in the no-mind state of nothingness when verbal-thinking stops and pictorial thinking and intuitive thinking disappears and the mind dwells in its TRUE state of MIND where then nothing that is perceived matters to it as it would have been from the lower thinking mind.