I want to look at this pic of Madame Blavatsky which is at the headquarters of the Theosophical centre at Adyar, India. 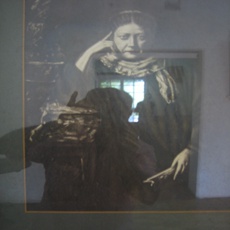 Blavatsky had used symbolism in her writings and clues to pass on what she knew.

If you look at this portrait of her: she is in a standing position. She was not seated. There was no reason for her to support her head as she does with her hand. I think it was a clue for us to decode. If there was one symbol that represents her or her message then it was this symbol she is passing on to us. How does a symbol work: it allows a Truth to be understood just by a single abstract pictorial representation of the whole message that is being put forward. It replaces a 1000 words to say the same thing.

But remember that Madame Blavatsky was an extraordinary woman who lived outside the box. Whatever she is trying to tell us with this symbolic gesture I think is a lot deeper than just a simple external representation of the mind. Perhaps she is trying to point out a link between what we speak and the shape/condition of our mind but not as we speak so we can be heard but silently internally what we silently speak what we think. This is perhaps where the secret is as it is this silent self-talk when stopped also brings about the silent mind.

Hence the “Voice of the Silence”:

These instructions are for those ignorant of the dangers of the lower IDDHI (1 ).

He who would hear the voice of Nâda (2 ), “the Soundless Sound,” and comprehend it, he has to learn the nature of Dhâranâ (3 ).

Having become indifferent to objects of perception, the pupil must seek out the râja of the senses, the Thought-Producer, he who awakes illusion.

The Mind is the great Slayer of the Real.

Let the Disciple slay the Slayer.

I think what she was trying to say is this: 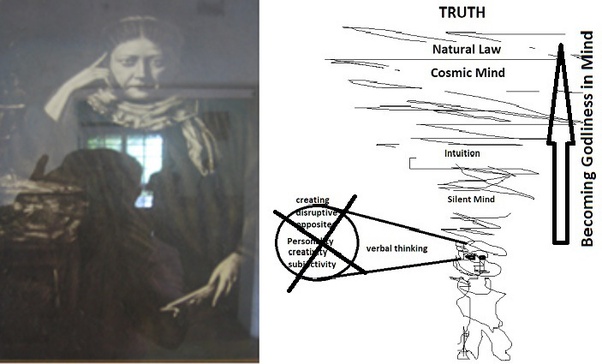 The silent self-talking mind is the “Thought-Producer, he who awakens illusions”. It creates a subjective personality. It is the creator of illusions in the mind by spinning observations into ideas and creating concepts. This self-talking thinking mind is “the great slayer of the real”. So she is asking you to, “Let the Disciple slay the Slayer”. She is just asking you to simply stop self-talking whatever you want to think so you stop verbal thinking altogether and bring on the silent mind and explore the other mind spaces. As times are a-changing and we need a different kind of thinking to save us from the creator of the illusions in us and the slayer of the real. And she is telling us it is all in the mind (and nowhere else) that is creating all these problems. When verbal thinking stops and the illusions in the mind disappear, then you can experience Godliness in the mind and become one with your true self and the natural laws of the Cosmos.

As in the photo taken she is also trying to tell us that she is a portal into the Universe as many of you might also be one with the source.

When the personality mind shuts down and you get closer to being the matrix/fabric of the Universe and become closer to it then you access its repository where everything exists and what emerges is no more conflict in mind and only a “sense of knowing” from a silent intuitive mind. Body mind-universe as one.

Blavatsky reading off the ether with intention in mind: 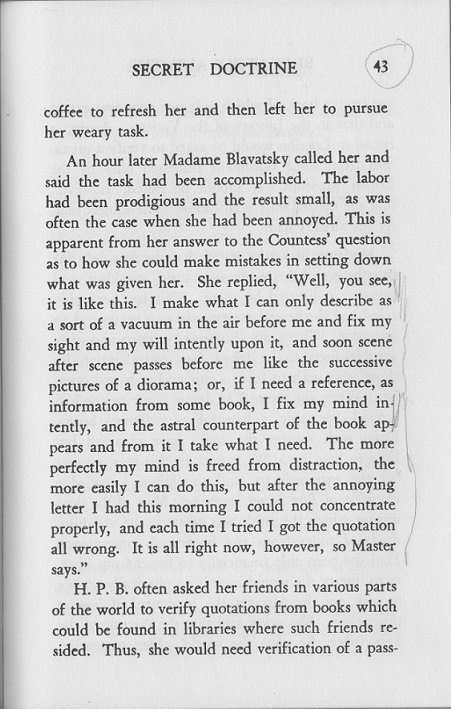 Thomas Edison getting insights off the “intelligence” of the Universe: