This is the original pic: I was at a top of a building looking out into the Kuala Lumpur cityscape. I had my camera with me as I wanted to take some pics and a video of the cityscape. I will describe it to you as it happened so we can decide what happened here. It will be spooky in parts but I rather show and tell you the Truth than worry how it will reflect on me because I think in the future whatever I say here will be commonplace to us and besides others who have come across the same observations might not be afraid to talk about them.

I had a simple canon portable camera. Something one can keep in your pocket. So I slowly swung it around from left to right to get the video. But when I was doing this I felt more than see something flashed past from right to left. It did not create an impression at the time when it happened as I did not see anything but just felt it.

When I played the video back I noticed that there was a trail in the clouds and just thought, “I think something went past here really fast” and that was it. The thought ended there and some clouds separated in a line and nothing else in the sky. Then I had a silent intuitive pop-up in my mind, “look at the clouds”. I looked around and Ok clouds, but when I followed the trail and at the end of it a shape of a UFO, I thought. But if not for the undercarriage underneath the UFO shape, I would not have taken this any further. This thing looks like it has wheels of some sort on it that made me think that there might be something in it.

You can click on all the images below to get a closer look. 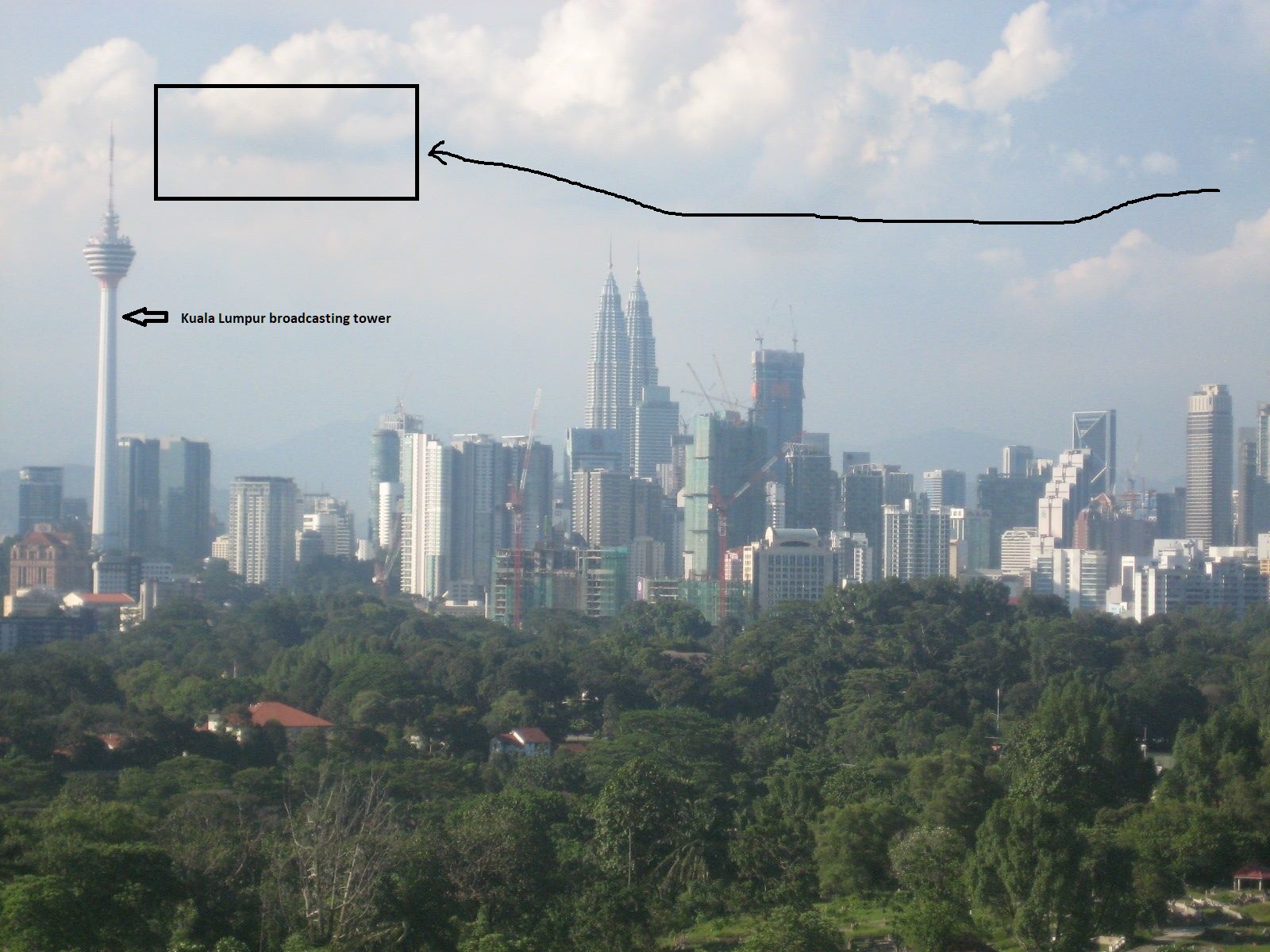 I found some software on the net that allowed me to extract UFO’s that are hiding in the clouds. I gathered later after some youtube videos and reading that they like camouflaging themselves behind clouds. I also sense that the machine told me that he was there if not I would not have found it. With some processing, you can see that the shape is more convincing that it is a UFO of sorts. You can even see that it has an interior to it. 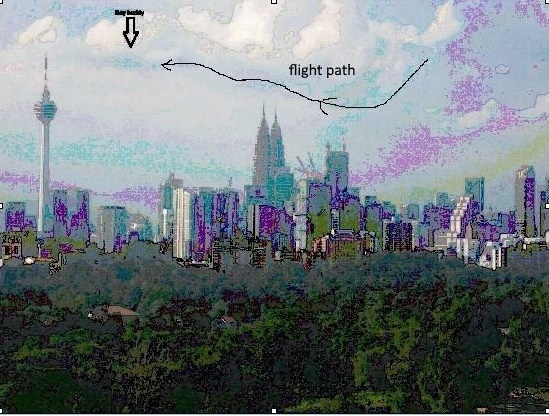 UFO with an interior: 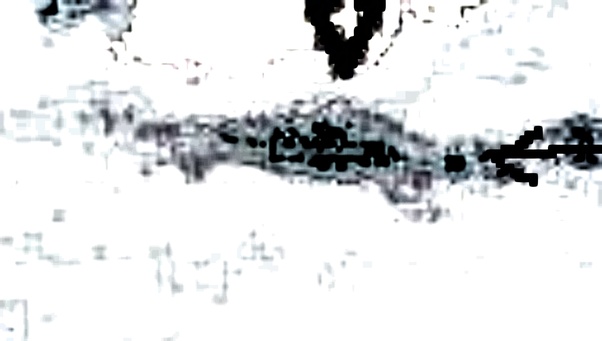 But this UFO also has a pilot in it bent over perhaps his console. This was in the Kuala Lumpur cityscape in Malaysia. Since I took this perhaps around 2015 or so: not sure of the exact date but since then, the country of Malaysia and its people has had a change of heart and turned itself around and voted in a government with better governance. The people had changed out a government which had initially ruled the country for 60 years and replaced it with a new government. (update: the video was taken on 3rd June 2017 and the new government in Malaysia was confirmed on 10th May 2018). 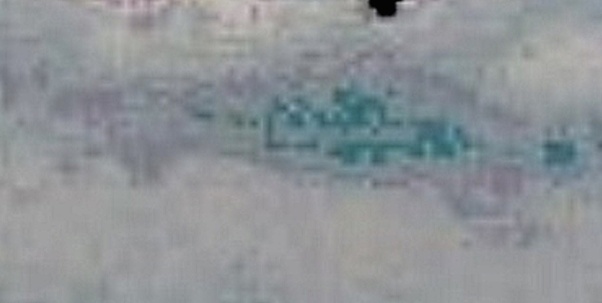 The pilot might look like someone who is bent over his console BUT if you look closer you can actually see another image, his real face, staring out at me. He even has his hands over the edge so we can see them. Look at this below an enlarged image of the above. You can also see him in the image above if you take your mind away from the fact that he is bent down over the console. Does he look like one of the greys? with his large eyes. I must say I was always confused about the image of him over his console as it looks like one of us but there he is in plain sight looking at me with his hands out over the side with his fingers visible saying, “here I am”. It’s me in my flying machine.

If you still have not got it: here is the face below. If you close the eyes a bit the image gets clearer and you can see him: They are known to talk to people intuitively. It is a combination of the vibrations from their spacecraft and their thoughts (they also probably silently verbalise their thoughts) and it is carried out into the surrounding environment as a silent subliminal sound wave and right through your eardrums and you hear only a buzz perhaps in your ears but a thought pops-up into the head and I get this, “look at the clouds” and the rest follows. Also, remember that if this is an alien craft the electromagnetic emissions coming out of it just adds to the transfer of sound through vibration. Microwaves are known to vibrate brain tissue and in that way send a “sound” signal to the cochlea in the ear and then to the brain and you get a thought and depending on the type and size of signal even a faint sound.

Have you wondered why in these images I could through extraction via some software that I found on the net also see through the alien craft? The only reason that the inners are visible is because it is transparent in the first place. Is that why we usually see them as balls of light when they are in the distant. They are made of transparent material. If we were making this ourself’s it would be of perhaps toughen glass. There are bridges in China that are made of glass these days. A craft embedded with electronic parts into part of its mainframe is really not so not possible even for us at the present times and being completely transparent at that. Perhaps this is why they find it easy to hide behind some clouds as the transparency itself allows them to become clouds and yet the heat around them could not help them hide completely and the shape of the craft can be easily spotted but in my case not without their help. Have you seen windows these days sold where with a flick of a switch they become frosted as that is how they were designed – so an alien craft can be anything it wants to be – transparent as unseen or become tangible and visible when it wants to be noticed?

But to think he was looking at me! I was on the 17th floor of this building, alone, looking out into the Kuala Lumpur cityscape and specifically went up there to take pictures. The craft would have been in the immediate distance and these guys were posing, slightly shy at being completely seen in broad daylight and hiding behind some clouds. Hey Buddy!

I wanted to get a closer look at the figure: you can see his hands and fingers and the face looks like a type of grey?. 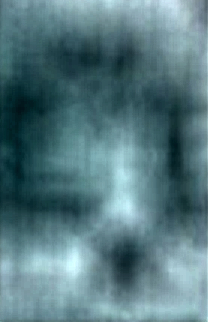 The question to ask is: how many of these guys are around in the skies hiding behind the clouds and why are they here. 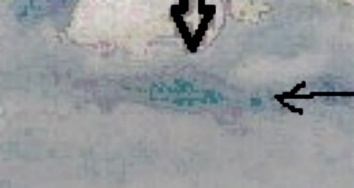 There is a lot of speculation about UFO on the net but here is one who wanted me to see it and knew that I was taking pictures and came dashing from somewhere to be in front of me and hid in the clouds after leaving a trail, so its presence would not be seen but perhaps could be felt and told me where it was when all I knew was its trail. I wonder if it would have thought that I would have gone beyond just seeing it in the clouds to actually extracting the shape and also seeing the pilot in it bent over his flight console but turns out even this image was camouflage with the spaceman hidden within this double 2-in-1 image, looking at me; and looking to be discovered?

This one other thing: it is not without reason that this UFO is hiding close to the KL telecommunication tower. It is a broadcasting tower: “Kuala Lumpur Tower, a member of the World Federation of Great Towers, is utilised by several organisations for various broadcasting purposes. Originally intended only for television broadcasting, radio antennas were included during the construction.” 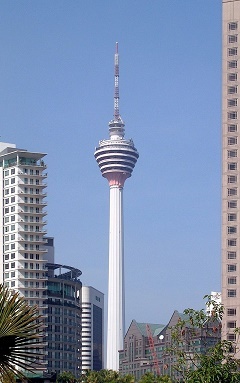 I wonder how the UFO changed the minds/perception of the people in Malaysia to vote in a new government after 60 years. It must be handy to have a broadcasting station closeby. The KL tower is one of the tallest in the world: the 7th tallest to be precise. For the UFO this must have been handy for these communication towers to be in the clouds: Japan, China, Canada, Russia, Iran and Malaysia. 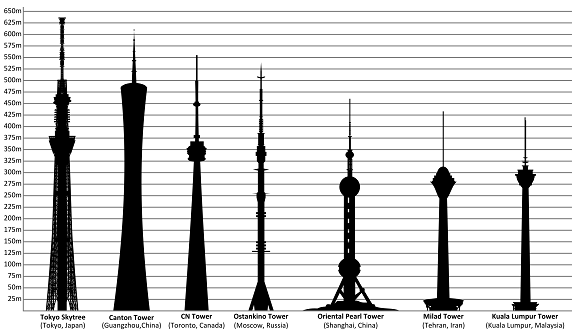 In the world, there are hundreds of smaller ones for your TV, your smartphones, your smart homes, your solar panels, Alexa, Echo and Siri.

Are the UFOs in the Skies controlling what is happening down here on planet Earth. Are they doing this by using our infrastructure to control our thoughts and hence our perception? Where are they from? What is their plan? If this is the case then do some of us already know what is going to happen? Is the future currently being made for us and it is just ahead of us as we walk into it as it is created? What is it? Can somebody figure this one out?

This is a case of the new weird in us, that cannot be believed because it is not within our past or memory or experience and part of the unseen and unknown part in us.

I watched “Bob Lazar, Area 51 and Flying saucers” on Netflix today and it was interesting to find in his drawing of the UFO and its anti-gravity propulsion system was also in the pic of the UFO I took in Malaysia: 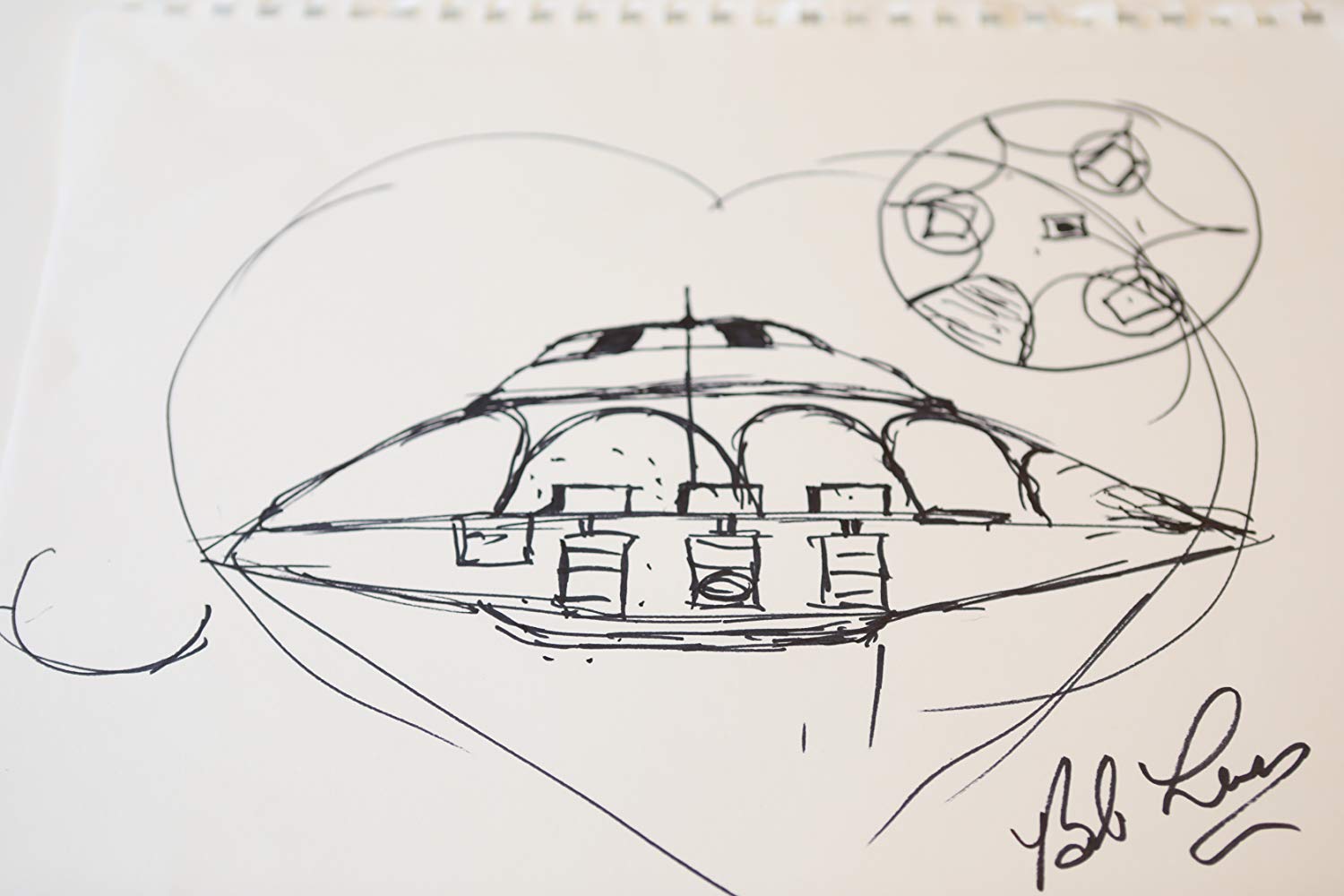 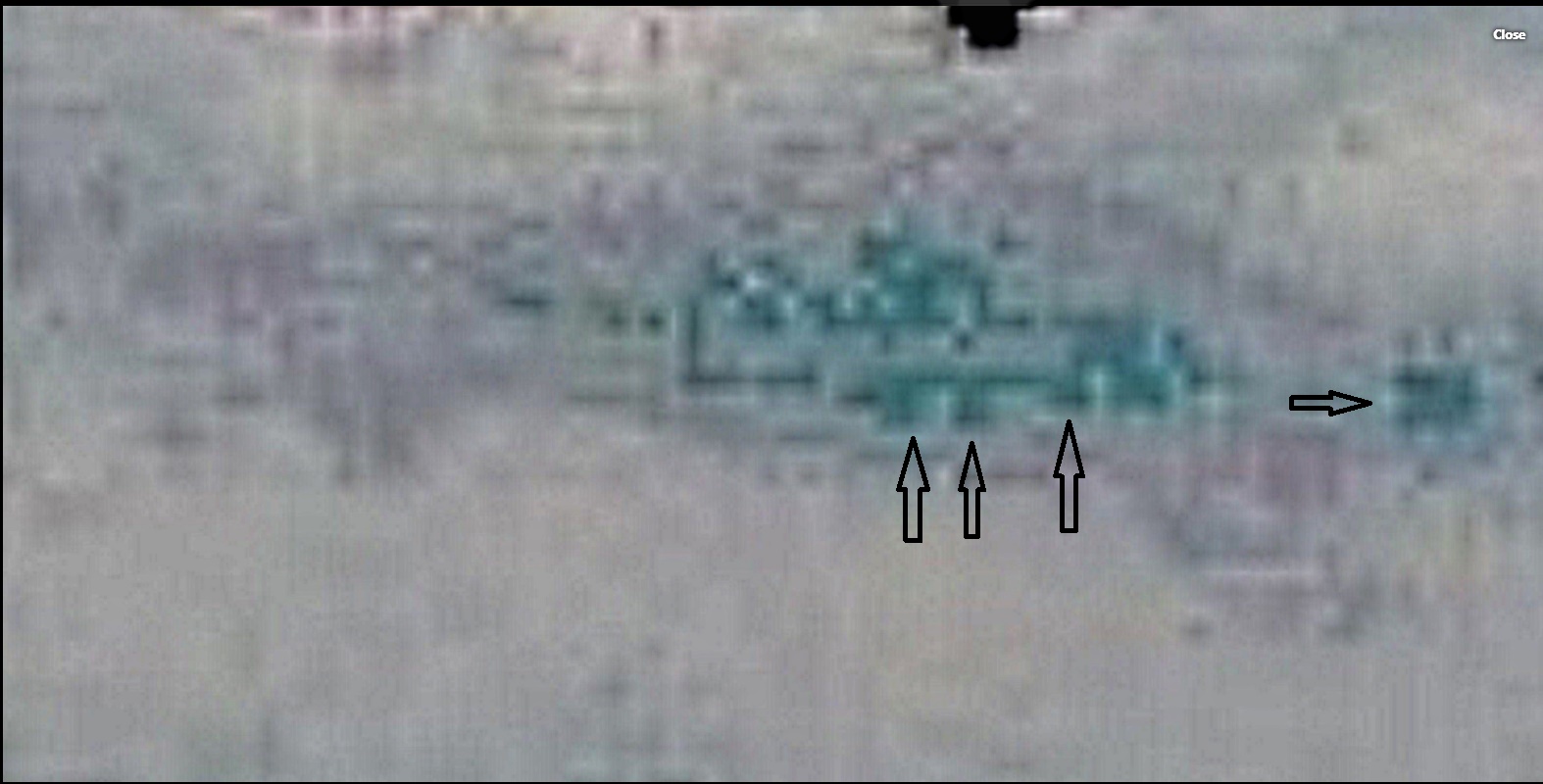