I think the whole of the unseen world is subliminal in nature. After chasing this for and looking at synthetic consciousness that is created within the cityspace I thought this is just how evolution in the mind and body is taking place and just that this spiritual process is natural while the former is machine-made, kind of AI induced. This is how the whole of our infrastructure has been developed – take from nature and amplify. Spiritualism is just nature’s thing without the amplification.

Even Wikipedia carried a chapter on subliminal stimuli:

“Subliminal stimuli (/sʌbˈlɪmɪnəl/) (the prefix sub- literally “below, or less than”),[1] contrary to supraliminal stimuli or “above threshold”, are any sensory stimuli below an individual’s threshold for conscious perception.[2] A 2012 review of functional magnetic resonance imaging (fMRI) studies shows that subliminal stimuli activate specific regions of the brain despite participants being unaware.[3] Visual stimuli may be quickly flashed before an individual can process them, or flashed and then masked, thereby interrupting the processing. Audio stimuli may be played below audible volumes or masked by other stimuli.” Subliminal stimuli – Wikipedia

The big picture to see where subliminal activity comes in:

Subliminal messages which are delivered below the level of conscious perception are similar to hypnosis in that they do not engage the will. They are able to penetrate and change the subconscious and if the message is positive can work on changing harmful influences that might be there. Subliminal messages however do nothing to strengthen our will and in fact may weaken it. When we use our will, understood as our willingness, we actively engage our energy, joined with the Divine energy to grow and change.”

Use of Subliminal Messages — Ananda

The Arts have taken this on too: Anthony Gormley’s Quantum Cloud: 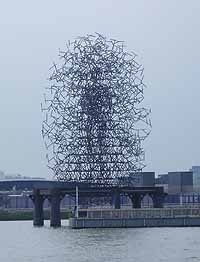 It reminds me of the microtubules theory of how they vibrate in the nerve cells according to the stimuli from the environment. Imagine the brain packed with these tubules vibrating, playing a tune like a church organ, to a tune of consciousness or subliminal activity.

We might all be one but shackled to each other and with each part of the whole doing their own thing and yet to harmonised in the evolutionary process.

Microtubules in nerve cells vibrating to stimuli: playing a song for the mind and body. The whole body responding to the environment like the ear is to sound. It is always sound first in the evolutionary process. 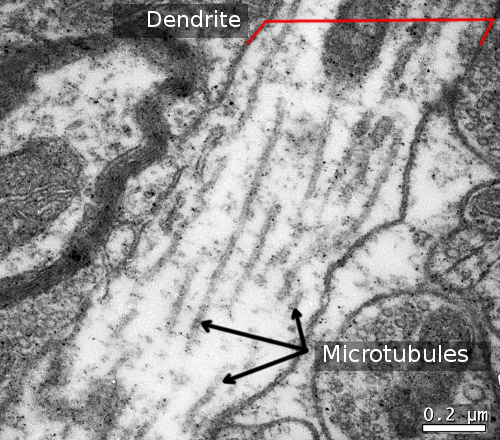 Body sound: This is worth quoting in full from “wired”: Big Question: Why Can Silence Make You Hear Things That Aren’t There?

“Spontaneous firings of the auditory nerve can cause a high-pitched hiss, for example. Many people also have the strange experience of hearing their own blood pumping to their head, their breath, their heartbeat, as well as their digestive system’s symphony of gurgles and blurps. If you’re among the 5 to 15 percent of the population with constant tinnitus (ear ringing), you’ll definitely notice that, too.

And that’s where it ends for a lot of people. For others—like Radiolab co-host Jad Abumrad, who decided to sit in a completely dark anechoic chamber for an hour—things can get weirder.

In 2008, while sitting alone in a dark, sound proof room at Bell Labs in New Jersey, Abumrad heard a swarm of bees and the Fleetwood Mac song, “Everywhere.” The bees came first, about five minutes after Abumrad had sealed himself inside the chamber. During his hourlong stay, other faint sounds—like wind blowing through trees and an ambulance—seemed to appear and vanish from one or both of his ears. After about 45 minutes, Abumrad began to hear distant lyrics to a song, a song that sounded as if it was coming from a neighbor’s house: Ohhhhh Iiiii, I wanna be with you everywhere.

“The room is quiet, my head apparently is not,” he said in a followup post on Radiolab’s website.

“For a long time it was assumed that sound simply enters the ear and goes up to the brain,” says Trevor Cox, a professor of Acoustic Engineering at the University of Salford. “Well, there’s actually more connections coming down from the brain to the ear than there are going back up it.”

Why is that important? Well, for one thing it allows the brain to tweak the gain levels in the inner ear, Cox says. But as Polish neurophysiologist Jerzy Konorski pointed out in the late ’60s, those brain-to-ear connections are also the likely cause of auditory hallucinations. His theory, borne out by recent brain imaging studies, was simple: We’d all be constantly hallucinating were it not for the grounding input we receive from our other senses.

These inputs essentially help our brains distinguish between thoughts and reality. Take away or greatly diminish one or more of those sense organs, Konorski reasoned, and this would “produce hallucinations physiologically and subjectively indistinguishable from perceptions.”

In other words, while sitting alone with your own thoughts in a pitch black, soundless room, whatever happens to pop into your brain, whether it’s an earwormy Fleetwood Mac song, the voice of a friend, or a random sound triggered by some memory, you’re more likely to perceive it as real.

Indeed, most people who have auditory hallucinations have some form of severe hearing impairment, be it physical or neurological. But as Oliver Sacks recounts in his book Musicophilia, sometimes all it takes to trigger your own hallucinatory symphony is the prolonged silence of the calm open sea or the auditory monotony of a deep woods retreat.”

Big Question: Why Can Silence Make You Hear Things That Aren’t There?

If this is true then I think the species does not have a chance in hell to survive the 21st century due to interference from the synthetic consciousness that is generated from the infrastructure of the cityscape of our living space and everything that is to come from AI in the future.

“My research involves a theory of consciousness which can bridge these two approaches, a theory developed over the past 20 years with eminent British physicist Sir Roger Penrose. Called ‘orchestrated objective reduction’ (‘Orch OR’), it suggests consciousness arises from quantum vibrations in protein polymers called microtubules inside the brain’s neurons, vibrations which interfere, ‘collapse’ and resonate across scale, control neuronal firings, generate consciousness, and connect ultimately to ‘deeper order’ ripples in spacetime geometry. Consciousness is more like music than computation.”

Consciousness playing a tune for you via a church organ of microtubules? 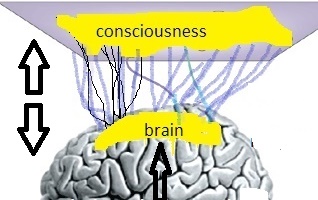 I guess spirituality is still spinning on its head with the unseen, especially subliminal activity in the 21st century. So, as a species, where are we really heading with this?