Our whole living space is made up by taking what is in nature and amplifying it. The natural low power electromagnetic radio waves have a more robust twin that is doing the same thing that nature was designed to do. What do you think is going to happen?

When we isolate our minds from the unseen and rely only on observation and verbal thinking which tends to make illusions of what is the Truth of things then knowing our place on earth and the universe is not known.

There is more to this than just knowing our place in the Cosmos. If what connects the brain to the rest of the universe is just the same as what we had taken from nature and enhanced them to create our living space then those radio waves on steroids are also going to interact with us. Bio Hacks that created our built-up environment is a serious matter to consider if we want to know how our world is going to turn out.

I think if we knew what was happening here between consciousness and the brain, we would be more in tune with the Universe. We would see better how we could be ONE with the Universe. Totally completely wired to it and one with it. At present we think that the brain is everything and anything, with thinking and memory all in it and we are completely isolated from the natural in us and the unseen world. The mystical scientists are not saying that anymore. They can even tell you how the brain couples up to consciousness. Are we surprised when it is just elements of nature?

What will such a mind contaminated with the other amplified version of nature do when it creates itself into everything it does – chaos. When a mind is in chaos it creates and translates chaos into the infrastructure of society. It cannot do otherwise. The cityscape is nature on steroids and we are in it.

So what is happening in that gap between the brain and consciousness:

Let’s see why this is important with the research done today on the coupling between the brain and consciousness. 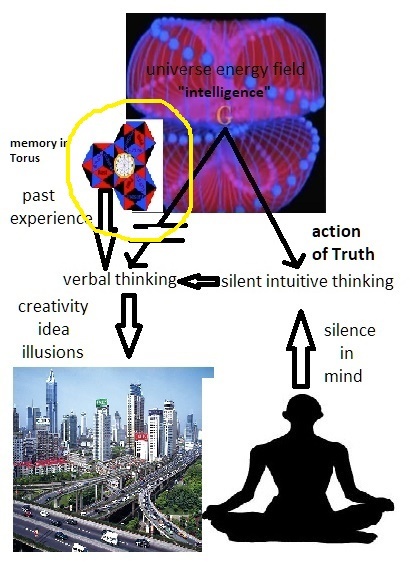 It has been suggested many times over through the years that memory is in the ether (circled above). The brain processes and also couples with consciousness. So how does memory update itself if it is outside the brain? So we see what they are saying about what is happening between that gap between the brain and consciousness. It is like that gap between the nerve cells where they communicate with each other using chemicals, called neurotransmitters. But between the brain and consciousness is an air gap and on top of that consciousness could be safely thought as a form of energy or a modulating waveform of energy that might already be part of the fabric of the unseen part of the universe and perhaps it might not even be separate from our stored memory in it. Then how is the brain communicating with the memory repository across this gap?

“Among others, it is integrating discrete patterns of eigen-frequencies of photonic/solitonic waves, thereby continuously updating a time-symmetric global memory space of the individual. Its toroidal organization allows the coupling of gravitational, dark energy, zero-point energy field (ZPE) as well as earth magnetic fields energies and transmits wave information into brain tissue, that thereby is instrumental in high speed conscious and sub-conscious information processing. We propose that the supposed field-receptive workspace, in a mutual interaction with the whole nervous system, generates self-consciousness”

What is a solitonic (solitary) wave? It is one of these: 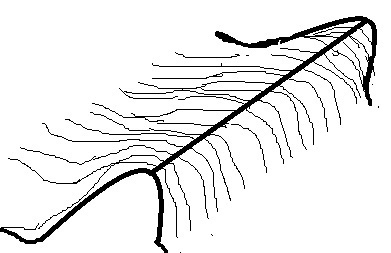 It is self-propagating and does not diminish in size or its properties no matter how far it travels. It has a way of adding back to it whatever it loses along the way. Hence it travels forever but carries information with it to update the personal memory that it had received from your brain and that is how one’s memory is updated and not just that but when it updates your memory it is also considering to be updating the universe at the same time. It sweeps across everything in the Universe carrying information and updating it as a kind of evolutionary process. Constantly changing and updated, never the same at any moment but still unchanging and omnipresent in the sense that its balance is maintained by its Karmic drive and the properties of the unchanging “solitary waves” which permeates IT.

The God in GOD Universe. Hence this is where the: we are ONE with all and functioning as ONE in the Universe. The mystics knew this from hundreds of years ago but it would have taken the scientist to do some calculations and make some measurements to tell us this might be true. The Mystics knew how to travels down their mind spaces and come up against IT and felt IT in their quiet presence and hence knew about IT. “I don’t mind knowing about the mystical nothing” and the Universe.

Soliton waves and me and the Universe.

“Consciousness can be defined, as a state of a semi-stable system that has developed in a cooperative and cyclic operating mode so that it has become “causally self-observant”. Thereby, it can not only predict aspects of the local environment, but also can integrate memorized information and future-directed projections into a personal worldview that serves individual survival, development and social communication (Forshaw, 2016a, b). Yet, in this paper an even wider context for consciousness is offered, in which our individual mind is seen as a part of a larger universal consciousness, being instrumental in the entire fabric of reality.”

“It also points out the deep connection of mankind with the cosmos and our major responsibility for the future of our planet.”

Solitons sweeping across the Universe and updating itself: